Urinary incontinence is the inability to control and hold urine. It can manifest with different levels of severity, from minimal losses (one or a few drops) to the complete loss of bladder content. Urinary leaking, even when slight, constitutes a hygienic problem and is a cause of social discomfort that may significantly compromise quality of life.
Urinary incontinence most frequently affects females, but it is estimated that between 2-10% of the male population presents urinary leaking. Fortunately, there are different solutions in accordance with the causes of the incontinence itself.

Urinary incontinence is not a health hazard, except in the most severe cases, when it is associated with immobility and poor personal hygiene or when accompanied by serious urinary retention problems as in overflow incontinence or neurological diseases.


Urinary incontinence can contribute to the aggravation of skin lesions, so-called bedsores, which increasingly compromise the health of the subject with reduced mobility. In most cases, however, urinary incontinence is a problem that “merely” diminishes the quality of everyday life. The inability to control urine leakage, in addition to hygiene problems, causes physical and psychological discomfort, eliciting feelings of embarrassment and shame. Those affected by urinary incontinence increasingly tend to avoid embarrassing situations: social contact becomes very difficult from the workplace to their sex lives.

This constitutes a vicious circle, in which the difficulty of communicating their disorder can aggravate the sense of frustration.

Roughly, the severity of urinary incontinence can be described in four different degrees:

What are the causes of incontinence?
The bladder is the sac-shaped organ designated to contain urine. The urethra is the tube connected to the bladder that leads outside of the body. This channel is kept closed by a sphincter mechanism. Incontinence may be caused by a malfunctioning of the bladder, urethra, or both. The bladder may contract and push out the urine when it should be at rest, or may not expand from the urine that it stores. The urethra, however, may not close sufficiently to ensure the sealing of the urine when the pressure in the bladder increases, for example, when standing up, coughing, walking, exerting effort, squatting or, in more severe cases, even at rest. The closing of the urethra may also be too strong due to an obstruction, so much that it fails when emptying of the bladder, with consequent overdistension and loss of urine.


But why might the bladder and/or urethra malfunction in this way?
Here is a list of some possible causes:

How does incontinence manifest?
Urinary incontinence in men may manifest with a variety of characteristics. These are the situations or types of incontinence that may occur:
In certain cases, incontinence arises as a red flag for situations where the bladder does not empty completely during voluntary urination: the residual urine that accumulates in the bladder can lead to losses, caused by an overfilled bladder. In this case it is referred to as overflow incontinence, which is particularly important to differentiate from other forms of incontinence. In fact, in this case therapy consists of helping the person to completely empty the bladder and does not involve the direct treatment of the incontinence. Moreover, this situation, if left untreated, could potentially cause renal complications.

Urinary incontinence in men, besides being of different types, may be of varying severity. It is possible to have urinary leakage with characteristics ranging from the loss of only a few drops, to a more significant stream or quantity, to the entire loss of the contents of the bladder.


The frequency of loss can also be highly variable: some people are affected by a rare incontinence, of a frequency of less than once a week or month, while others lose urine many times a day or, in extreme cases, continuously. 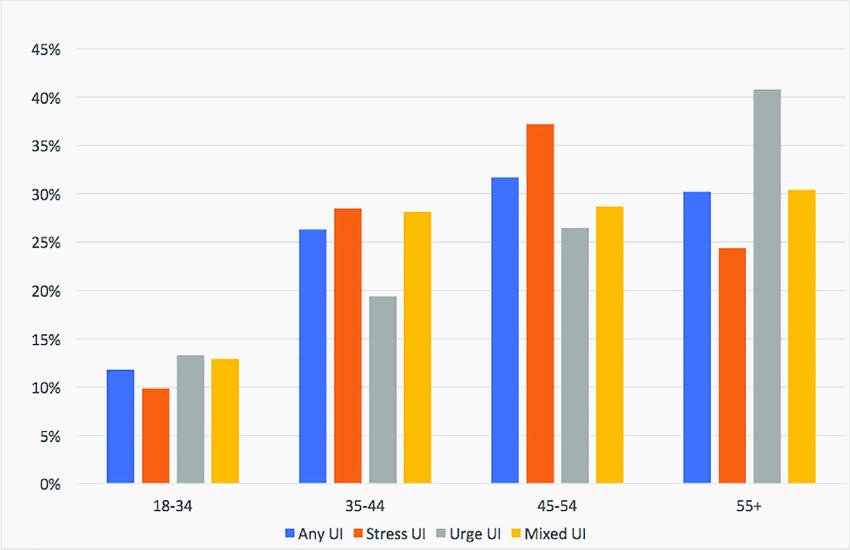 Driving around Italy could be a bit challenging for somebody who doesn’t know the way around. With us you will find a safe transportation from the airport to the hotel and clinics, not having to worry about the busy and narrow streets. Your driver will also be available to drive you to local stores for any need, for you and your caregiver.
CONTACT US
Your health starts here
We understand your concerns: traveling to a different Country, undergoing such a delicate therapy, once you complete this form you will be contacted within a business day. You will find a team ready to answer all of your questions.
We have a strict policy about privacy and data usage:
+39 339 239 7405
Talk with an Expert