The prostate is a male genital gland situated below the bladder, around the urethra- the tube from which the urine flows out. The prostate produces a secretion (prostatic fluid) which participates in the formation of the seminal fluid. At birth, the prostate is of the size of an almond.

During puberty, the volume of this gland increases because of the presence of the male hormones (androgens) acting as a stimulant.


Around the age of 50, among the majority of men, the volume of the prostate continues to increase while squeezing the urethra, which causes numerous urinary problems.
A common pathology, present in 50% of men over 50 years and 88% of men with more than 80 years.

The irritation in the bladder that follows the failure to discharge provokes disorders very frequently.


DIAGNOSING Benign Prostatic Hyperplasia
The medical examination in this case involves the performance of a physical abdominal examination, especially in the abdominal rectal area, which gives an idea about the volume of the prostate gland and highlights the presence of suspicious nodules; the patient will also fill a questionnaire, called I-PSS, to analyze the severity of the symptoms. After that, some further investigation is necessary: a urine test with eventual urine culture, PSA measurement (prostate-specific antigen), kidney function tests and a Uroflowmetry (test that measures the speed of the urinary stream during urination, simply performed by urinating into a special instrument called a flow meter). After that, depending on the clinical and therapeutic needs, a transrectal prostate ultrasound, abdominal ultrasound, urodynamic examination with a pressure-flow relationship curve may also be requested.


Among the most common complications of Benign Prostatic Hyperplasia we can observe an increased risk of urinary tract infections due to retention of urine in the bladder. There are two types of treatments: the medical and the surgical. The Medical treatment employs drugs to alleviate the symptoms, such as alpha-blockers. These drugs relax the prostate and bladder neck thus increasing the flow of urine flow. Besides the alpha-blockers, the 5-alpha-reductase inhibitors are used as well. The therapy of association between alpha-blockers and 5-alpha-reductase inhibitors has proven successful in drastically reducing the volume of the prostate.

In case of failure of medical treatment a surgical treatment may become necessary. This involves the resection of the portion of the prostate through urethra. It is important not to overlook the first signs of a possible urinary tract disturbance, and if any persistence of symptoms is found, it is appropriate to undergo a medical examination. Ascertaining the cause of the problems at an early stage allows one to take prompt action in order to prevent or at least slow down the progression of the disease into a more serious condition, which could have an impact on the personal and social life of the patient.


Benign Prostatic Hyperplasia is neither cancer, nor an early stage of cancer. 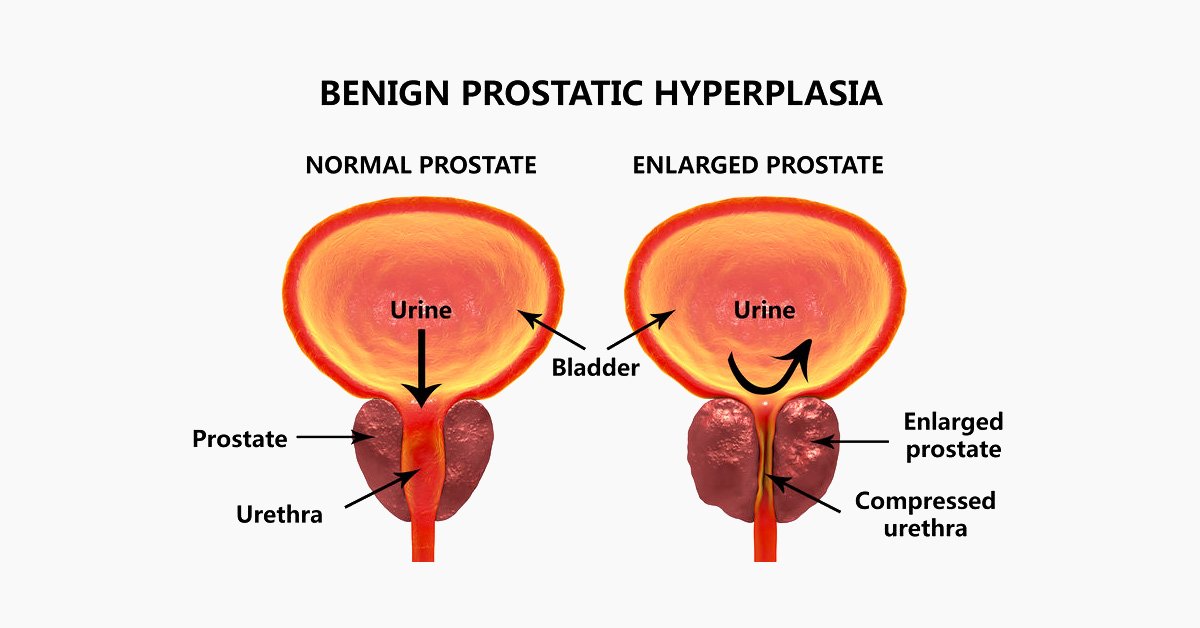